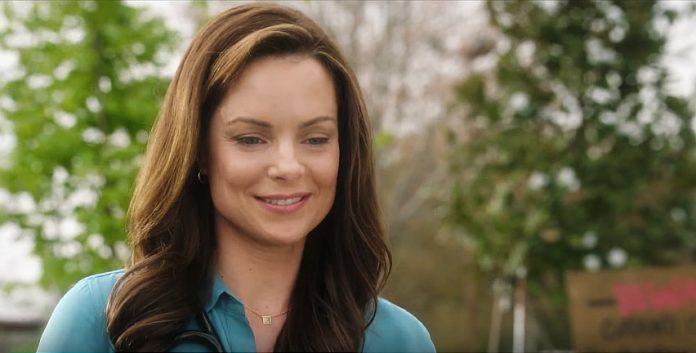 Ideologies clash when Claire Darrow and her mother, Joanna decide to share a house and a law practice together. Although the two are related, their views couldn’t be any further apart when it comes to practicing law. Claire believes in doing what’s right no matter what, but her mother believes in doing whatever will make the most money.

Their differences don’t just stop with the law practice. Joanna also disagrees with Claire’s decisions when it comes to raising her own pre-teen daughter, Louise. Thankfully, Louise’s personality combines the best traits of both her mother and grandmother, making her the glue that holds them all together.

Update 5/15/2017: Hallmark has made its official casting announcement for the movie. In addition to the cast mentioned above, Tom Cavanagh (The Flash) will play Assistant District Attorney Miles Strasburg. Miles may be Claire’s opponent in the courtroom, but that doesn’t seem to stop him from attempting be part of her personal life as well. Additionally, Lilah Fitzgerald (Date My Dad) will play Claire’s daughter Louise.

Here’s some behind the scenes photos shared by the cast:

A post shared by Kimberly Williams-Paisley (@kimberlywilliamspaisley) on May 26, 2017 at 8:03am PDT

EITHER I have to do a cooking scene or I have to pee. #DarrowandDarrow #bluesuedeshoes 👍🏻

A post shared by Kimberly Williams-Paisley (@kimberlywilliamspaisley) on May 22, 2017 at 9:09am PDT

Welcome to my “studio”! I finally got to play an artist. And have my hair in a #chignon and wear lemon yellow. Thanks @peterdeluise & @hallmarkchannel for helping me embrace my girly side 😜#DarrowAndDarrow #Hallmark #makingmovies #onset #BTS @annemariedeluise

@ChefBk11 shared a pic of the exterior of their location at Princess & The Pea B & B in the Murrayville Neighborhood of Langley:

Darrow and Darrow will be filming in British Columbia until May 23rd.

Here are some of the locations where Darrow & Darrow was spotted during its time filming in Vancouver and British Columbia.

Damon shared a photo of himself with Seth, Evan and some of the cast via his Instagram:

If you see any of these productions, including the Darrow and Darrow filming in Vancouver and British Columbia, be sure to let us know by tweeting us (@WhatsFilming) or via our Submit a Location page.