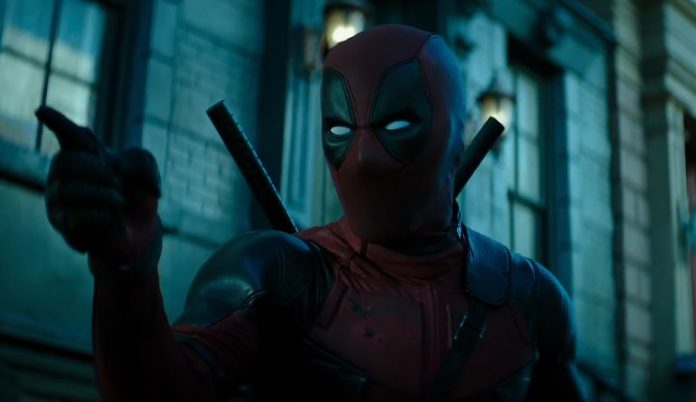 After what seemed like endless delays, Marvel’s Deadpool 2 filming is officially underway in Vancouver and area. Ryan Reynolds revealed the first behind the scenes set photo on June 17th, which contained a mild spoiler. The photo, shown below, shows Reynolds fully suited up as Deadpool in one of his classic poses outside of Hatley Castle. Fans of the X-Men movie franchise will recognize the location as the setting for Professor Charles Xavier’s mansion.

Hatley Castle is also a widely popular filming location outside of the X-Men universe as well. This summer it will be seen as one of the primary locations in Disney’s Descendants 2 and it has also been used as the Queen Mansion in the CW TV series Arrow.

As many will remember, the first Deadpool movie filmed in Vancouver and area in the spring of 2015 with some reshoots happening later that year before it was released in theatres in February of 2016. Although one of the movie’s most infamous locations was Vancouver’s Georgia Street viaduct (which was closed down for several days over the course of a month), some of the other locations used were:

Thanks to @ThemysciraBound, @hedwigyitzhak and @janellehiebert1 who discovered some location details for Deadpool 2 filming this week:

Tuesday they’ll be filming on a rooftop located at 1090 West Pender Street in Vancouver from 7pm to 11pm. Wednesday through Friday they’ll move to Vancouver’s Gastown district to film various scenes around Cambie and W Cordova Streets from approximately 8pm to 6am each night.

In addition to Vancouver’s own Ryan Reynolds, here’s a roundup of the rest of the cast announced so far, thanks in part to the film’s IMDb page:

Update 6/28: Ryan Reynolds welcomed New Zealand actor Julian Dennison (Hunt for the Wilderpeople) to the cast of Deadpool with this post to his Instagram:

Giving Julian Dennison a warm 💀💩L welcome as we stare off into our beautiful future together. #RickyBakerPool #NZ

Last but certainly not least, as always a big thank you to @lemon_buzz for originally breaking the news that Deadpool 2 filming would be happening in Vancouver. Filming is currently scheduled to continue until October 10th.

In case you somehow missed this before, a short Deadpool 2 teaser was included at the end of Logan which hit theatres earlier this year. You can check out the hilarious clip that pokes fun at Superman/Clark Kent here:

Deadpool 2 Behind the Scenes

Here’s some more behind the scenes photos shared by the cast and crew during production:

Now offering 25 percent off your next autopsy. ☠️ #youremine #deadpool • Photo by @michaelmuller7

Spent another day with this beautiful lady. Just lost in each other's ears. #BlindAl #DriveBy

Update 8/14: A terrible tragedy occurred on the set of the movie during the morning of August 14th. During the filming of a stunt sequence involving a motorcycle, the stunt performer driving has passed away. We first heard the news of an accident from @jerfree‘s tweet below. The death was later confirmed by the Vancouver Police.

A stunt driver has died on the set of Deadpool during a stunt on a motorcycle. VPD & @WorkSafeBC investigators are at the scene.

Some images from the scene via @VanCityVilla:

Unfortunate scenes on the Deadpool 2 set this morning as a stunt driver passed away after a motorcycle accident. @WhatsFilming #yvrshoots pic.twitter.com/5Fmv1f2muG

Ryan Reynolds took to social media to share condolences on behalf of himself, the cast and crew of the movie:

The production had planned to have a second location for the day under the North-end of the Granville Street Bridge, however @enemabagjones posted that it had been put on hold until further notice due to the tragedy. The production was expected to film under the bridge on Tuesday as well.

Filming resumed 2 days later, on Wednesday, August 16th under the North-end of the Granville Street Bridge:

If you see any of these productions, including the Deadpool 2 filming in Vancouver and British Columbia, be sure to let us know by tweeting us (@WhatsFilming) or via our Submit a Location page.