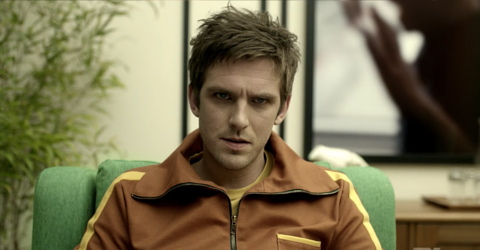 Legion Season 1 (TV Series)
After filming its pilot in Vancouver from March 9th to April 4th of this year, Legion season 1 starts production today in Squamish. The 8-episode series created by Noah Hawley for FX and Marvel, is based on David Haller (aka Legion), a character from Marvel’s X-Men universe. David is a schizophrenic mutant whose superhuman powers include telekinesis and telepathy. He also happens to be the son of Professor Charles Xavier, founder of the X-Men.

Check out the official trailer for Legion Season 1 here:

Legion Season 1 will be filming in Vancouver and British Columbia until November 2nd and it is expected to air in early 2017. Check out this article for more details about the show.

Girlfriends’ Guide to Divorce – Season 3 (TV Series)
In April, Bravo announced a rare 3 season renewal for its popular show Girlfriends’ Guide to Divorce. It was later announced that these would be the final 3 seasons. The series is centred around Abby; a single, self-help book writer in her 40s played by Lisa Edelstein. Abby and her friends Phoebe (Beau Garett), Delia (Necar Zadegan) and Jo (Alanna Ubach) each deal with the pros and cons of dating, friendship, family and their careers.

Prison Break’s Paul Adelstein appeared as a regular in the first 2 seasons of Girlfriends’ Guide to Divorce, but is expected to only return in a limited capacity for the remainder of the show.

Girlfriends’ Guide to Divorce is currently scheduled to continue filming in Vancouver and British Columbia until November 24th.

Beaches (TV Movie)
Idina Menzel, the voice of “Let It Go” from Disney’s Frozen, will be in town to film the TV movie remake of the 1988 feature Beaches. Menzel is set to play CC Bloom, an up and coming singer who is in Los Angeles trying to launch her career. It’s there that she meets Hillary and the two form an unlikely friendship as they each chart their own destiny. According to TV Line, Hillary will played by Nia Long (Big Momma’s House).

Beaches will be filming in Vancouver and British Columbia until September 15th and is expected to premiere on the Lifetime channel in 2017. Their signs were spotted in Coquitlam yesterday so be on the lookout for them in the area today.

Big Fat Liar 2 (Feature)
Big Fat Liar was a popular movie released in 2002 about a student named Jason Sheppard, played by Frankie Muniz. Jason’s essay winds up in the hands of a big shot Hollywood producer who tries to claim it as his own. This time around the story follows Kevin Sheppard, a tech-savvy young boy who is likely either the son or younger brother of Jason, the character played by Muniz in the original movie.

Disney’s Best Friends Whenever star Ricky Garcia is in town for his debut movie role in Big Fat Liar 2.

The original movie had a budget of $15 Million US, and by contrast BFL2 has a budget somewhere in the range of $3-$7 Million.

Fourteen years since Big Fat Liar was released, Big Fat Liar 2 starts production at a private property in Abbotsford today and will be filming in British Columbia until September 8th. It is expected to be released direct to video in 2017.

Hallmarks Autumn in the Vineyard and Pumpkin Pie Wars, both filming until September 2nd. Check out our full article here for more details on these movies.

If you see any of these productions, including Legion Season 1 filming in Vancouver and British Columbia, be sure to let us know by tweeting us (@WhatsFilming) or via our Submit a Location page.