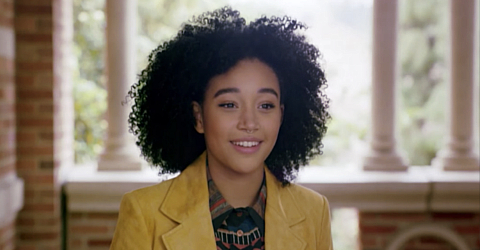 Everything, Everything with Amandla Stenberg, Nick Robinson and Ana De La Reguera starts filming in British Columbia this week.

Everything Everything (Feature)
Everything, Everything is based on the New York Times #1 best-selling young adult novel of the same name written by Nicola Yoon. It’s been adapted for the big screen by J. Mills Goodloe, who co-wrote the filmed-in-BC movie The Age of Adaline. Filming begins British Columbia today.

Set in Los Angeles, the story follows Maddy, a teenage girl who is severely allergic to nearly everything. Her condition, commonly referred to as bubble baby disease, has left her bound to her house for her whole life. Maddy’s only human interaction has been her mom and her nurse, Carla. That is, until one day, she’s hit by love at first sight when a boy named Olly moves in next door.

Maddy will be played by Amandla Stenberg who you’ll recognize from her role as Rue in the first Hunger Games movie. Since then, she’s appeared in several episodes of Sleepy Hollow and Mr. Robinson. Olly will be played by Jurassic World star Nick Robinson; also known for his role as Ryder on the Freeform TV series Melissa & Joey. Ana De La Reguera (Narcos, Eastbound & Down) will play Carla.

The Everything, Everything movie is scheduled to continue filming in Vancouver and British Columbia until October 7th.

If you see any of these productions, including Everything, Everything filming in Vancouver and British Columbia, be sure to let us know by tweeting us (@WhatsFilming) or via our Submit a Location page.