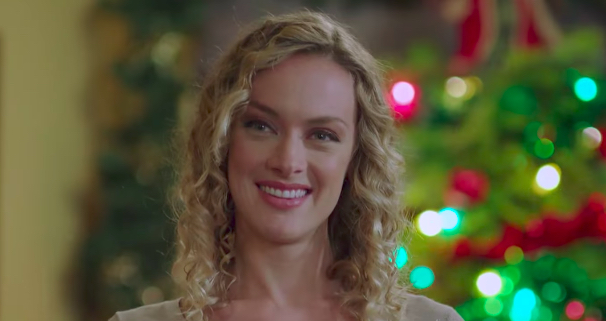 The Hallmark Channel has been keeping the British Columbia film crews busy since last winter in preparation for their Countdown to Christmas 2017 lineup. In total, 15 of the 21 movies filmed in the province. Although we don’t get Hallmark Channel here in Canada, many of the network’s movies eventually show up on W Network, Netflix or elsewhere, so keep an eye out!

RELATED: Hallmark’s Countdown to Christmas 2016 – Movies filmed in BC

In addition to the Hallmark Channel’s Countdown to Christmas 2017 movies, several more filmed in BC and set to air on Hallmark Movies & Mysteries Channel as part of its Most Wonderful Movies of Christmas 2017.

Marry Me at Christmas

Countdown to Christmas 2017 officially kicks off with Marry Me at Christmas starring Rachel Skarsten (Fifty Shades of Grey) and Trevor Donovan (Texas Rising). The movie filmed in BC from March 27th to April 13th, and with several filming locations around the downtown of Revelstoke as well as Langley – including Everything But The Groom Bridal Boutique. Hallmark fans will recognize Langley for sure; at least some part of it appears in nearly every the network’s BC-filmed movies. Revelstoke on the other hand, is rarely used as a filming location, so it’ll be refreshing to see it throughout Marry Me at Christmas.

The story is centred around Rachel Skarsten’s character, Madeline (Maddie) Krug. As a bridal boutique owner, Maddie is passionate about finding just the right dress for her clients and being part of the whole event. This year, she has a special opportunity to organize a perfect Christmas wedding. When the bride’s movie star brother, Jonny Blaze (Trevor Donovan), comes to town, Madeline begins to have a crush on him. Likewise, to Jonny, Maddie is the most amazing woman he’s ever met. Candlelit dinners and walks along the small town’s snowy streets eventually spark a true romance between the pair.

Check out the trailer for Marry Me at Christmas here:

Marry Me at Christmas premieres Saturday, October 28th at 8pm on Hallmark Channel in the US.

When Calls the Heart: The Christmas Wishing Tree

Don’t forget to check out the kickoff of Hallmark’s Countdown to Christmas 2017 start with Marry Me at Christmas on October 28th at 8pm.