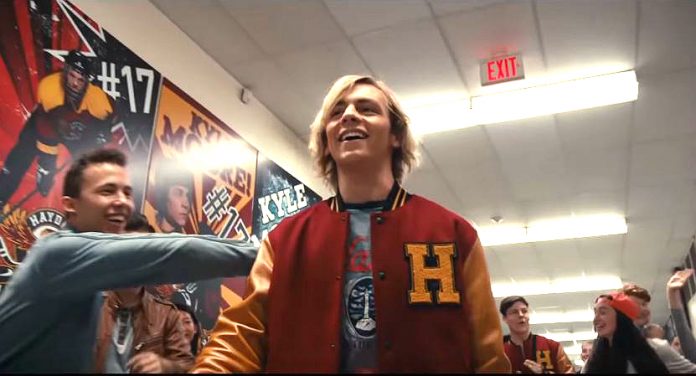 Status Update filmed in Vancouver and area from June 13 to July 19th, 2016 and it hits theatres in the UK on February 9th, followed by a North American release that’s expected to be later this year. The story was written by Jason Filardi, who wrote 17 Again and Bringing the House Down. It centres around a teenage boy named Kyle Moore, played by Disney’s Austin & Alley star Ross Lynch.

Kyle deals with the typical high school and coming of age struggles until an unexpected cell phone repair shop visit changes his life forever. After having to ditch his old digs, he discovers his new phone has the ability to turn anything he posts online into a reality. Although Kyle feels like he’s on top of the world at first, it’s easy to let that kind of power go to your head.

Here’s a roundup of the cast of Status Update, thanks in part to the film’s IMDb page.

A second trailer was released ahead of the North American premiere happening on March 30th:

Where Was Status Update Filmed?

Here are some of the filming locations where Status Update was spotted during production.

Let us know in the comments if you spot any other Status Update filming locations that we missed!

Status Update Behind the Scenes Pictures

Here are a few pictures we took of Ross Lynch and Brec Bassinger while Status Update was filming at Lord Byng Secondary School in Vancouver.

Status Update Filming in Vancouver
1 of 7

Some behind the scenes photos shared by the cast while filming Status Update in Vancouver.

Last few days on set with @harveyguillen. With a good photobomb.

Spontaneously going to the top of Vancouver was fabulous. I'm glad we didn't fall and die. #statusupdatemovie Xo.

The talented and hilarious John Michael Higgins lead the #statusupdatemovie Barber Shop Quartet with @rossr5 @olivia_holt for the past week on our down time. We'll miss you sir. #moss

Don’t miss Status Update when it hits theatres in the UK on February 9th and in North America on March 30th.