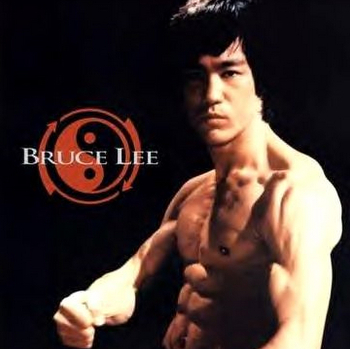 This week 3 new productions start filming in Vancouver and area while 4 wrap up.

Starting Filming in Vancouver This Week

Birth of the Dragon (Feature)
It’s been years in the works but Bruce Lee biopic ‘Birth of the Dragon’ is finally set to start filming in Vancouver and area on November 17th. The production schedule for the film has been pushed back a couple times already, rumoured to be because the lead role had yet to be cast and thus far I’ve seen nothing confirming who was in fact selected. By contrast, the director role has been set in stone for a while – George Nolfi who is known for The Bourne Ultimatum, Ocean’s Twelve, The Adjustment Bureau and TV series Allegiance. Birth of the Dragon is told from the perspective of one of Lee’s students, Steve Macklin, and is based mainly in San Francisco’s historic Chinatown during the mid-1960’s. After one of Lee’s most memorable fights with Wong Jack Man, the plot thickens as the two team up (along with Macklin) and take on some of the areas biggest gangsters. While based on true characters and some true events, the film will also incorporate fiction to round out the story making it not quite a true biopic. Birth of the Dragon will be filming in Vancouver and area until January 24th.
Update: The film has found their Bruce Lee! Hong Kong actor and martial arts master Philip Ng will be stepping into the role.

This is Your Death (Feature)
Breaking Bad star Giancarlo Esposito will both direct and star in the satirical drama ‘This is Your Death’ which started filming in Vancouver yesterday. Not unlike Breaking Bad, the story of This is Your Death is a little, nay, very twisted. Contestants of a reality TV game show end their own lives for America’s viewing pleasure. Esposito is no stranger to the Vancouver film scene having been in several episodes of Once Upon a Time as Sidney Glass (and the Magic Mirror). In this one, Esposito plays Mason Washington who is struggling to keep his family together. He’ll be joined by Josh Duhamel (Transformers Series) as Adam Rogers and Famke Janssen (Hemlock Grove, Xmen Series) as Ilana Katz. This is Your Death will be filming in Vancouver and area until December 14th.

Before I Fall (Home Video)
Based on writer Lauren Oliver’s New York Times best-selling book of the same name, ‘Before I Fall’ takes us into the life of high school senior, Samantha (played by Vampire Academy’s Zoey Dutch). Samantha lives what some teenagers would say is the perfect life until she takes it for granted and ends up living what could be the last day of it over and over again until she gets things right. Along the way she tries to uncover the truth about her own death. Also starring in the film is Jennifer Beals who filmed now cancelled TNT TV series Proof in Vancouver. Rounding out the cast is Halston Sage (Neighbors, Paper Towns) and Elena Kampouris (American Odyssey). Before I Fall will be filming in Vancouver and area until December 19th.

Wrapping Up Filming in Vancouver This Week

If you see any of these productions filming in Vancouver and the area, be sure to let us know by tweeting us (@WhatsFilming) or via our Contact Us page.

The image featured in this article is licensed under a Creative Commons Attribution 4.0 International License.