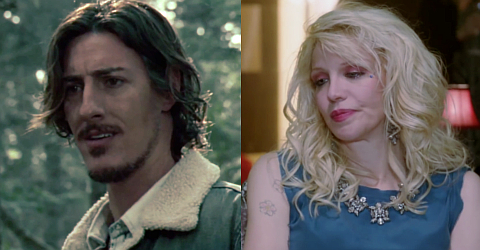 The series was pitched as an anthology with the first season centring around a group of lovers who head to the woods to fulfill their desires at the Dreamland Retreat. What was intended to be a dream getaway quickly turns out to be a nightmare as the group finds themselves stranded and being hunted by evil forces. Among them is a mysterious woman played by Courtney Love.

Here’s a roundup of the cast of A Midsummer’s Nightmare that have been announced so far:

A Midsummer’s Nightmare started production earlier this week at Port Moody’s Belcarra Park and will continue filming in Vancouver and British Columbia until November 18th.

Signed, Sealed, Delivered: Higher Ground (TV Movie)
The next installment in Hallmark’s popular Signed, Sealed, Delivered movie series began production earlier this week. The movie is the last of the 4 which were announced by Hallmark in February this year. The previous two movies, “One in a Million” and “Lost Without You”, filmed simultaneously during April to June and aired July 23th and September 25th respectively.

The series follows a group of “POstables” (postal workers) as they take on the role of detectives. Their goal is to uncover the mysteries behind letters and packages that were never delivered and get them to their final destination. Notable cast includes Eric Mabius (Ugly Betty), Kristin Booth (Orphan Black), Crystal Lowe (Smallville) and Geoff Gustafson (Primeval: New World).

One of the first days on-location for the movie was spent on West Hastings Street in Vancouver. They filmed inside inside and on a rooftop patio at 136 West Hastings and in front of Vancouver Film School (198 West Hastings). The series has regular locations in the Squamish and Britannia Beach areas as well.

Beautiful Voice (Feature)
Beautiful Voice is directed by Chuck Russell who is best known for directing The Mask, The Scorpion King and Eraser. Chuck has also directed one episode of Fringe here in Vancouver back in 2010. The story, written by Glenn Fraser, is centred around a young boy named Laith. After his mother’s death, Laith sets out for revenge. Thanks to the help of those around him, along the way Laith discovers that knowledge more powerful than violence.

There hasn’t been any official casting announcements so far.

Production of Beautiful Voice will be based out of Kamloops and it continues filming until December 1st.

Girlfriends’ Guide to Divorce – Season 4 (TV Series)
After just wrapping up production of season 3 last week, the second to last season of Bravo’s Girlfriends’ Guide to Divorce started filming in Vancouver and area this week. The series stars Lisa Edelstein as Abby, a single, self-help book writer in her 40s. Abby and her friends Phoebe (Beau Garett), Delia (Necar Zadegan) and Jo (Alanna Ubach) each deal with the pros and cons of dating, friendship, family and their careers.

Girlfriends’ Guide to Divorce Season 4 will be filming in Vancouver and British Columbia until January 23rd.

If you see any of these productions, including A Midsummer’s Nightmare filming in Vancouver and British Columbia, be sure to let us know by tweeting us (@WhatsFilming) or via our Submit a Location page.