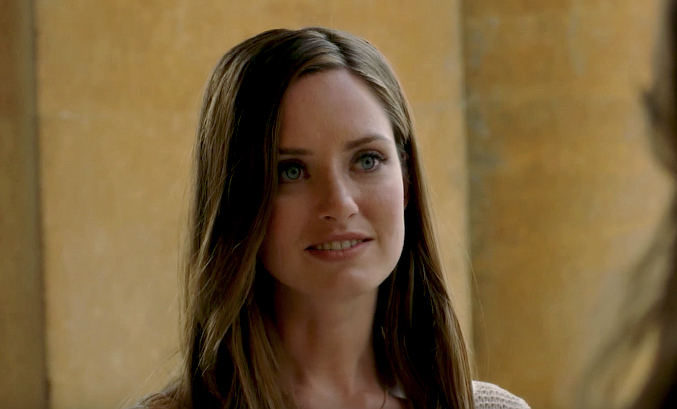 The Christmas Cottage is about a young and single interior designer named Lacey Quinn who has already seen her fair share of heartbreak. Like many, she buries herself in work in order to avoid love altogether. That doesn’t stop her from taking on the responsibility of becoming the maid of honour for her best friend Ava Callahan’s wedding. One of Lacey’s main duties as maid of honour is getting Ava’s family cottage ready for the newlywed’s honeymoon.

As fate would have it, Lacey winds up getting snowed in at the cottage alongside Ava’s brother, Charlie. Although she doesn’t buy into it at first, Ava starts to realize there may be some truth to the legend that everlasting love will ensue following a couple’s first night spent at the cottage.

The Christmas Cottage will continue filming in British Columbia until October 30th and will premiere December 10th at 9pm as part of Countdown to Christmas on the Hallmark Channel in the US.

Past Malice is the follow-up to Site Unseen, the first installment in the Emma Fielding Mystery series from the Hallmark Movies & Mysteries Channel. The movies are based on a series of novels of the same name written by Dana Cameron, and star Courtney Thorne-Smith (Life with Jim, Melrose Place) as the titular character, an archeologist named Emma Fielding. Site Unseen filmed in the Victoria area from this past April and premiered June 4th to a total of 1.2 million viewers.

In Past Malice, Emma Fielding and her crew are invited to a dig at an eighteenth-century house in the mysterious small coastal town of Stone Harbor, Massachusetts. As the crew gets to work, they discover dead bodies buried within the property. It turns out, someone would have preferred if the bodies were never found. Emma makes it her mission to uncover the truth behind the murders, but her own life may be in danger along the way as that someone looks to keep the past buried.

Past Malice: An Emma Fielding Mystery will continue filming in Victoria and area until October 30th.

If you see any of these productions, including The Christmas Cottage or Past Malice: An Emma Fielding Mystery filming in British Columbia, be sure to let us know by tweeting us (@WhatsFilming) or via our Submit a Location page.