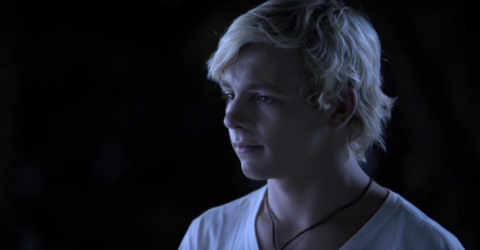 Back in late 2014, fresh off the success of the first Teen Beach movie, Ross Lynch signed on for the lead role in a movie called Status Update. The movie was written by Jason Filardi who is best known for writing 17 Again, a movie with Zac Efron.

Status Update is a comedy set in a Northeastern US high school and centres around the main character, Kyle Moore (Ross Lynch). Kyle discovers something amazing; a social media app that has the ability to turn anything he posts into reality. Imagine what you could do with that kind of power as a teenager.

Check out some pictures we took of Ross Lynch filming Status Update here!

In a funny coincidence, Gregg Sulkin happens to be among the cast of another movie with the same title.

The Status Update movie will be directed by Scott Spear who is no stranger to Vancouver; he was here last fall to direct Midnight Sun which starred Bella Thorne. Scott is best known for directing the 2012 movie Step Up Revolution. The producer of that movie, Jennifer Gibgot, will also serve as producer for Refresh. She also produced Jason Filardi’s movie 17 Again.

Special thanks to @lemon_buzz who was the first to break the news that the movie would be coming to Vancouver to film.

On June 13th, production will kick off with some interior scenes being filmed at Incendio, a pizzeria in Vancouver’s Gastown district. The following day there will be a fight scene filmed outside of 55 Alexander Street.

Looks like the fight scene being filmed on June 14th could be between Kyle (Ross Lynch) and Vancouver’s own Markian Tarasiuk (as Brian). Here’s a clip Markian shared of him rehearsing a fight scene at Burnaby’s Bridge Studios with the caption “Coming out of MMA retirement to take on @rossr5 in #statusupdatemovie”:

Coming out of MMA retirement to take on @rossr5 in #statusupdatemovie ! No coffee this time @chapinbell

Status Update movie starts filming in Vancouver on June 13th and will continue until July 15th; as always dates are subject to change.