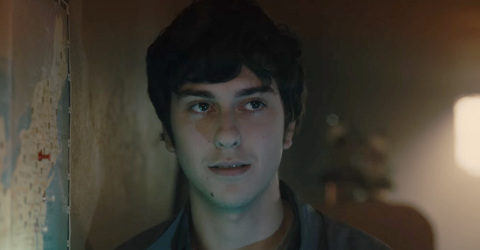 The Netflix adaptation of the Death Note movie with Nat Wolff and Margaret Qualley starts filming in Vancouver today.

Imagine what someone could do if they had a supernatural book that could kill anyone they wanted simply by writing their name down. A young man, named Light Turner (Yagami in the Japanese version), comes into possession of a book that can do just that. Despite Light’s vigilant efforts to use the book’s powers to free the world of criminals, he finds himself being hunted by one of the world’s best detectives, who goes by the name of “L”.

The story is Adam Wingard and Jeremy Slater’s North American adaptation of the successful movie and anime comic franchise that started in Japan. The first live-action Death Note movie was released in 2006 in Japan. Since then it was followed-up by a couple of Japanese sequels with the most recent one expected to premiere later this year.

Paper Towns star Nat Wolff has signed on to play the lead role of Light with Margaret Qualley (The Leftovers) portraying the female lead Mia (Misa Amane in the Japanese version). They’ll be joined by Keith Stanfield (Straight Outta Compton, Short Term 12) whose role is unknown at this time.

The Death Note movie was originally planned to be After Warner Bros. rights to Death Note expired, the project was picked up by Netflix; an interesting move by the streaming giant who has been focusing a lot of its resources towards original content. Fortunately for the Vancouver film industry this has meant a surge in Netflix productions coming to town including A Series of Unfortunate Events, Haters Back Off, Travelers and Altered Carbon (films here later this year).

After years in the making, the movie finally starts filming today (June 28th) at the historic Gabriola House – a vacant $6.7 million mansion on Davie Street in Vancouver’s West End. Thanks to the filming notice found and posted by @jenasiis.

A special thank you to @lemon_buzz who first announced that the movie would be coming to Vancouver to film.

The Death Note movie will be filming in Vancouver and area until August 30th. If you spot Death Note filming or it’s signs “DN” around the city, be sure to let us know by tweeting us (@WhatsFilming) or via our Submit a Location page.