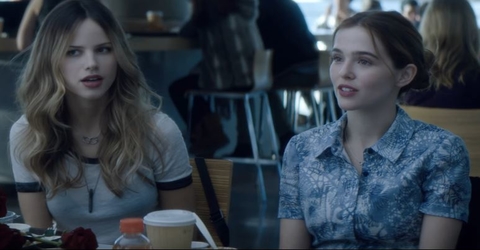 Before I Fall with Zoey Deutch, Halston Sage and Jennifer Beals which filmed in Vancouver and area last fall, premieres in theatres on March 3, 2017. Check out the Before I Fall official trailer, and filming locations below.

Before I Fall is based on the New York Times best-selling book of the same name written by Lauren Oliver and released in 2010. The story follows Samantha Kingston, a 17 year old high school senior played by Zoey Deutch (Vampire Academy, Dirty Grandpa). Samantha lives the perfect teenager life until one February day, she dies in a car crash and spends the next week reliving her last day, trying to make it right and uncover the truth about her own death.

Before I Fall Cast

Here’s a roundup of the cast according to the movie’s IMDb page.

Before I Fall Official Trailer

What if you had a chance to do it all over again?#BeforeIFall
cc. @BeforeIFallFilm pic.twitter.com/ttlIQmys9m

Before I Fall Filming Locations

Before I Fall spent the majority of their time in North Vancouver and along the Sea to Sky corridor. Locations included a private residence in North Vancouver, Minaty Bay near Britannia Beach and Quest University in Squamish. At the university they filmed scenes at the main academic building, cafeteria area and basketball gym at the Recreation Centre.

Let us know in the comments below what you think of the Before I Fall official trailer!