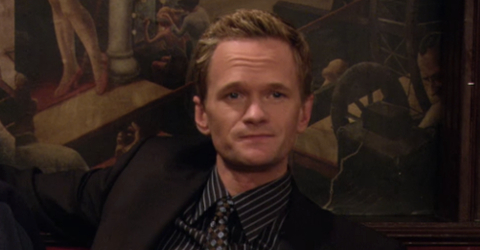 This week A Series of Unfortunate Events, Prison Break Revival, Beyond, Aurora Teagarden 4: The Julius House, and 2 TV movies start filming in Vancouver and British Columbia.

A Series of Unfortunate Events – Season 1 (TV Series)
Based on the best-selling book series and the 2004 feature film of the same name, A Series of Unfortunate Events is part of Netflix’s big push to expand their original content catalogue. Neil Patrick Harris will star as the evil Count Olaf who is given custody of 3 children after their parents are killed in a mysterious fire. The children go on an adventure to uncover the truth about their parent’s death and protect their fortune but have to face the unexpected along the way.

In the 2004 feature, Olaf was played by Jim Carey. Although it certainly would have been cool to see Carey reprise his role for the Netflix series, NPH’s hilarious and charismatic on screen personality is just as exciting to look forward too. The role is a pretty big departure from his last TV series gig playing Barney Stinson on the legen… wait for it… dary… legendary How I Met Your Mother.

The series may just be getting started, but NPH has already been enjoying adventures in British Columbia’s beautiful outdoors. This past weekend he celebrated his 12 year anniversary and shared a few videos on Instagram from a trip to Tofino on Vancouver Island. He captioned one of the videos with “What would Barney say?!?” which is a fun reference to his HIMYM character Barney Stinson’s disgust with all things Canadian.

What would Barney say?!?

Here’s a roundup of the rest the cast of A Series of Unfortunate Events that have been announced so far:

The series has been setting up inside of South Vancouver’s Ironwood Studios for the last few weeks. A Series of Unfortunate Events is scheduled to continue filming in Vancouver and area until August 12th. Look for their signs ASOUE to spot them filming.

Beyond – Season 1 (TV Series)
After filming its pilot here during last summer, Beyond returns to Vancouver this week to start filming season 1. The series is centered around Holden who is played by British Columbia born actor Burkely Duffield (House of Anubis). Holden wakes up from a 12-year long coma to discover he is essentially a boy trapped in a man’s body. During that time, Holden also came into possession of supernatural abilities that may cause him to end up in danger.

Over the past couple of years Burkely Duffield has appeared in several Vancouver-based productions including Warcraft, Minority Report, Supernatural and The Tomorrow People.

Here’s a roundup of the cast that have been announced so far:

Beyond will be filming in Vancouver and area until July 14th and is set to debut on Freeform (part of ABC) later in 2016 or early 2017.

Prison Break – Season 5 / Revival (TV Series)
The gang’s all here! Set 5 years after the events of what was then known as the series finale, Prison Break is back. Series leads Wentworth Miller and Dominic Purcell just wrapped up production on the season 1 finale of DC’s Legends of Tomorrow last week but they’re already heading back to work to reprise their roles as Michael and Lincoln. Sarah Wayne Callies, Amaury Nolasco, Augustus Prew, Rick Yune, Steve Mouzakis, Mark Feuerstein, Robert Knepper, Rockmond Dunbar, and Paul Adelstein are all set to return for the revival series.

Prison Break is scheduled to continue filming in Vancouver until July 5th and is expected to be back on your TV screen in late 2016 or early 2017. Check out our full article on the Prison Break Revival for some more details.

The series is based on the popular book series written by Charlaine Harris and stars Candace Cameron Bure (Fuller House/Full House). Candace plays the title character Aurora Teagarden who is a small town librarian. But she’s not just any librarian. Aurora spends her time investigating various mysteries around town.

In the original story of The Julius House, Aurora gets more than she bargained for after receiving a house as a wedding present from her fiancé. Aurora has always had an interest in the secrets that lie within the house, but little does she know they could be the very thing that become her own demise.

Aurora Teagarden 4: The Julius House will be filming in British Columbia until April 23rd. While filming the first 3 movies in the series, a lot of time was spent in Langley, Abbotsford and Squamish. They’re scheduled to film in Downtown Squamish on Cleveland Avenue and at Squamish City Hall on Thursday, April 7th from approximately 12pm to 10pm.

If you see any of these productions, including A Series of Unfortunate Events filming in Vancouver and British Columbia, be sure to let us know by tweeting us (@WhatsFilming) or via our Submit a Location page.