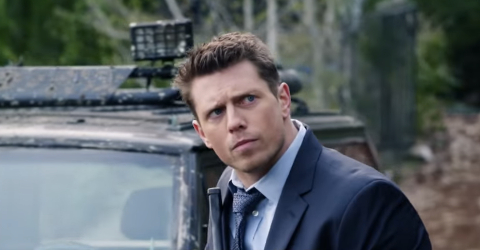 This week, WWE Studios movie The Marine 5: Battleground and Hallmark’s Managing Manhattan start filming in Vancouver and British Columbia. Haters Back Off, Boundaries and more wrap up and Prison Break returns from filming in Morocco.

The Miz (aka Michael Mizanin), who appeared in the last two movies in the series returns to reprise his role as Jake Carter in The Marine 5. Jake, now an EMT has to put his former Marine skills back into action as he goes head to head with a violent biker gang in order to protect innocent civilians. In addition to The Miz, WWE stars Maryse Ouellet, Heath Miller III (Heath Slater), Taylor Michael Rotunda (Bo Dallas), Joseph Curtis Hennig (Curtis Axel), and Trinity Fatu (Naomi) have joined the case of The Marine 5.

The Marine 5: Battleground will be filming in Vancouver and area until June 24th.

Managing Manhattan (TV Movie)
Production of Hallmark’s romantic comedy Managing Manhattan officially kicked off yesterday in downtown Vancouver at Virani Real Estate (1280 West Pender Street). The story follows Taylor as she adjusts to a new life in New York after being given a once in a lifetime chance to manage a prestigious clothing store.

Managing Manhattan will be filming in Vancouver and area until June 17th.

Prison Break is scheduled to resume in Vancouver this week after a brief hiatus the past week. Many of the main cast are filming their on-location Morocco scenes.

Several of the cast shared behind the scenes pics over social media while in Morocco:

#pb ……bizarre being in such an environment. #trippy

Prison Break will continue filming in Vancouver and area until July 5th. For more details about the Prison Break reboot, check out our full article here.

If you see any of these productions, including The Marine 5 filming in Vancouver and British Columbia, be sure to let us know by tweeting us (@WhatsFilming) or via our Submit a Location page.