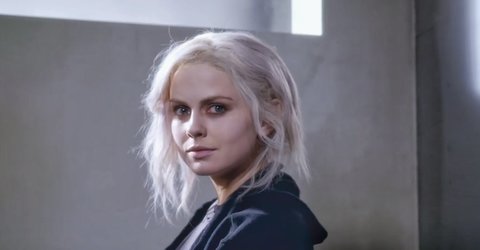 iZombie Season 3 (TV Series)
Everyone’s favourite brain-eating medical examiner, Liv Moore (Rose McIver) is back for season 3. The story arc that was introduced during the 2 part season 2 finale will become the primary focus of season 3. Vivian Stoll (Andrea Savage) and Fillmore Graves Enterprises have taken over as owners of Max Rager and want to enlist Liv in anticipation of a zombie uprising in Seattle.

We’ll be seeing more of Aly Michalka (who plays Peyton) in iZombie season 3 as she was promoted to a series regular during the hiatus. More time will be spent on Peyton’s prosecution of the criminals Clive, Liv and Ravi serve up.

Prison Break star Robert Knepper will also be returning for 3 episodes to reprise his role as Angus, Blaine’s father. Angus was previously frozen after being one the victims on Major’s zombie hit list.

iZombie Season 3 will be filming in Vancouver and British Columbia until January 9th, 2017 and will premiere as part of The CW’s midseason lineup.

Frequency – Season 1 (TV Series)
After filming its pilot in Vancouver from March 14th to April 1st of this year, Frequency season 1 started production this week. The series is a paranormal drama written by Supernatural showrunner Jeremy Carver and is based on the feature film of the same name released in 2000. Cast includes Riley Smith (Nashville, The Messengers), Peyton List (The Tomorrow People, The Flash) and Mekhi Phifer (8 Mile, ER).

As we posted to Twitter on July 19th, the show is planning to use 433 Carrall Street in Gastown as a recurring location. The notice posted also hints that there is the potential for the series to receive an order for additional episodes that would film in the new year.

#Frequency starts filming Season 1 next week – planning to use 433 Carrall St in #Gastown as a recurring location. pic.twitter.com/zln6Yi2TTD

Frequency will be filming in Vancouver and British Columbia until December 13th and it premieres Wednesday, October 5th at 9pm on The CW in the US. We haven’t see where it will air in Canada. Check out this article for more details about the show including a trailer of footage from the pilot.

The Arrangement – Season 1 (TV Series)
The Arrangement filmed its pilot in Vancouver from September 21st to October 2nd of last year. The series is a 10-episode drama for E! about a young up and coming actress, Megan Morrison, who is trying to make it in the tough reality of Hollywood. After auditioning for her biggest role to date, Megan lands a date with the male lead of the movie, Kyle, who happens to be one of Hollywood’s most well known stars. Shortly after, Megan is presented with “The Arrangement”; a contract that could change everything for her.

Check out the trailer for The Arrangement here:

The Arrangement Season 1 will be filming in Vancouver and British Columbia until November 2nd and is expected to premiere in January 2017.

The Irresistible Blueberry Farm (TV Movie)
Based on the novel The Irresistible Blueberry Bakeshop & Cafe written by Mary Simses, this story is centred around Ellen, a New York based attorney who visits her dying grandmother in Beacon, Maine. After being rescued by a stranger from a freak accident that caused Ellen to fall off a dock and into the waters below, she sets out on a mission to deliver a love letter her grandmother left behind before she passed away. Ellen is played by Alison Sweeney (Murder She Baked, Days of our Lives). Other notable cast includes Marc Blucas (Underground, Necessary Roughness), Shirley Jones (The Partridge Family) and Rebecca Staab (Port Charles). Rebecca will also appear in the upcoming feature Live Like Line which starts filming in Vancouver next month.

The Irresistible Blueberry Farm will be filming in Vancouver and British Columbia until August 13th and will premiere Sunday, October 2nd at 9pm on the Hallmark Channel in the US.

If you see any of these productions, including iZombie Season 3 filming in Vancouver and British Columbia, be sure to let us know by tweeting us (@WhatsFilming) or via our Submit a Location page.