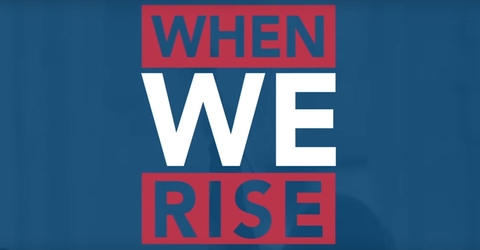 ABC’s When We Rise miniseries from Dustin Lance Black was filmed in the Vancouver area and San Francisco from March 2nd to June 22nd of 2016 and it premieres Monday, February 27th at 9pm. Check out the official trailer and filming locations below.

Inspired by real life stories, When We Rise highlights the struggle experienced by many during the LGBT civil rights movement. The script was written by Dustin Lance Black, who won an Academy Award for Best Original Screenplay for the 2008 film Milk. Gus Van Sant, who directed Milk, serves alongside Dustin as one of the executive producers for When We Rise and is also credited for directing one of the episodes.

When We Rise Cast

There will also be a number of notable actors making appearances in the series. This includes Whoopi Goldberg, Rosie O’Donnell, Denis O’Hare, David Hyde Pierce, and Matthew Del Negro.

When We Rise Filming Locations

Although it’s set in San Francisco, the majority of the filming was done around Vancouver, and specifically the downtown East Side, but they also spent some time in New Westminster, Delta. A few scenes were actually filmed in San Francisco itself. Here’s a roundup of all of the locations we’re aware of.

Do you know of a location we may have missed? Let us know in the comments below!

THEPDXGIRL.com captured lots of great pictures of When We Rise filming around Shanghai Alley in Vancouver’s Chinatown. Check them out here.

Check Out Filming in Vancouver BC WHEN WE RISE With Gus Van Sant https://t.co/cToOH6tPZa pic.twitter.com/RHyqC6UP91

When We Rise Official Trailer

Don’t miss the 2-hour premiere of When We Rise on ABC Monday, February 27th at 9pm.